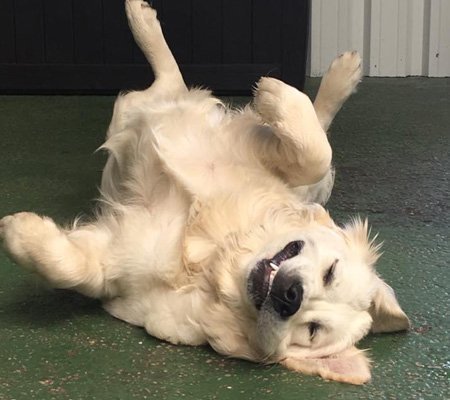 Don’t worry…. This isn’t going to be a very scientific analysis of the way that our dogs feel about us and how they react to the world around them. I’m of the opinion that when it comes to our dogs, it’s best not to be too scientific. And that in truth, it doesn’t matter very much about the ins and outs of all that stuff anyway – so long as our dogs are happy.

For me, that’s by far the most important emotion when it comes to pets. If we keep them physically healthy – and emotionally happy, then what else is there to really worry about?

We all do it, though. I find myself doing it all the time in fact. We wonder what’s going through his or her mind. Especially with very smart dogs, we’ll often find ourselves trying to figure out just how much, and exactly what, is spinning around in the mind of that dog.

They understand us so well, and dogs just seem to have an innate knack for figuring out what’s going on. They know the house and the movements of those within the household – inside-out.

It’s an undisputed fact that some dogs just seem to be able to read our emotions – sometimes better than we do ourselves.

They’re intelligent, empathetic and there’s this wise aura about a lot of dogs. It’s very difficult to believe only within the bounds of scientific research as a dog owner, because so much seems to contradict what the textbooks say – in terms of how well and how far a dog’s brain develops emotionally.

The research suggests that dogs only emotionally develop until they’re about six months old, and that they don’t ever feel the full range of emotions that we do (when I say “we”, I’m assuming no dogs are reading this – although I’ve known a few that probably could!)

My main problem with the research I think, is that it just flies in the face of the experiences that most of us have – all of the time – in living our everyday lives with dogs. Yeah, the scientists perform controlled experiments in laboratory-like conditions, and they’re all probably way smarter than me, but what I see in dogs is a very social and family orientated character.

Because of that, I think it takes very social and familiar situations – such as being at home or being around loved ones – to bring out everything that’s within dogs. I guess what I’m saying is that creatures can’t be THAT empathetic, and so supernaturally good at reading people, unless they have a massive amount in common with people.

Scientific research aside, how could they empathise so successfully, based on feelings they’d never experienced themselves

The boffins will tell you that your dog can’t feel shame. That it just isn’t within their emotional range to do that. They’ll tell you hands down that dogs can’t experience guilt and that, when we come home to a dog that has managed to steal those biscuits from that cupboard, or when we walk in and find that the bacon we left on the counter has been stolen – what we see isn’t shame or guilt, but that it’s fear.

But it isn’t fear – is it? You know that, and I know it too. In fact, no creature on Earth does shame or guilt, quite like a dog does. For me, despite what the textbooks claim, dogs occasionally display the very epitome of guilt and shame.

I’ve got a dog that’s terrified of lawnmowers. And I mean terrified. When you start one up, he displays that fear, and I can tell you now – even though I’m not a scientist – that it’s a completely different display and emotion to when he manages to steal food, or chews up a sofa, or goes missing for half an hour and then eventually slopes guiltily back home.

Most dogs thankfully also know that their owners aren’t going to harm them – even if they run off with a side of beef. Experience tells them that the worst that’s going to happen is they’ll get a stint in solitary confinement out back of the house or be sent to bed for a while.

The idea that dogs feel fear in those situations is for me, laughable. It’s pure shame, for disobeying the leader of the pack.

Now, where the scientists do get it right – is when it comes to love. Studies have shown that dogs produce oxytocin, just like we do – when we love somebody or something. And that’s another reason why I think the scientists should just get over themselves and stop worrying about emotions and dogs.

I can’t get behind a theory that says a dog can feel the most powerful emotion of all towards a human, and indeed be so darn loyal to us that it sometimes hurts – but also claims that the same dog would never be able to feel shame or guilt toward the object of such strong affection.

It’s impossible for me to get on board with such an idea. And it’s probably true that scientists would get a far more accurate result if they just took a dog home for a few weeks.

We all suspect that what goes through the heads of our furry friends is complex – and even though it’s probably got a lot to do with bacon – a lot of the time. It’s safe to say that their worlds revolve around the people that they live with.

Even if they can’t read blogs, dogs are superior to a lot of humans out there, in the way that they’re so open and generous with their love – and so honest in the way they express such a full range of emotions.

PrevPreviousThe Best Dog Breeds For People Who Live In A Flat
NextFamous dogs in history #1: BarryNext 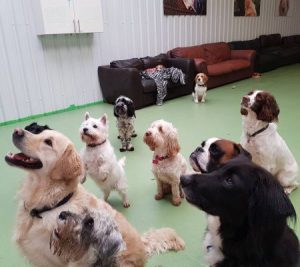 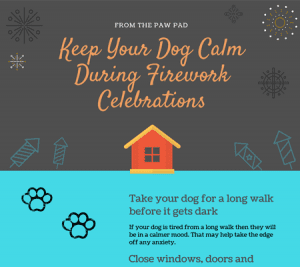 How To Keep Your Dog Calm During Firework Celebrations – The Infographic

Included in our course price is our Private Study Group which provides ongoing business support for as long as you need.

By continuing to use the site, you agree to the use of cookies. more information